Today I had to clock in at 7 in the morning, meaning I had to wake up at 6 in the morning. That was the first time I had to start my shift so early, the earliest I had to before was 10 not counting having to show up at 8 for the orientation.

At first there really wasn’t much for me to do, the cart reservoirs were full and the corrals were empty. After an hour or two things started to pick up, and soon it was same as any other daytime shift.

At Walmart we have what’s called the “10 feet rule” which means employees are expected to interact with any customer who comes within 10 feet of us. I’ve never been one for asking random passerby “how’s it going” or such, but I do tell customers “welcome to Walmart” if they are walking into the store and “thanks for shopping with us” if they are leaving.

I was in the middle of loading some carts onto the cart bay when I told an exiting customer “thanks for shopping with us.” She asked me what my name was, I told her, then she told me she used to me a manager and that I’m “doing a kick ass job.” I thanked her and moved on to the next row of carts, but I overheard her tell another employee how great a job I was doing.

Four years since I crossed the equator

On the 17th of this month I reached the four year mark since I flew to Tanzania. I’ve been so busy with work that I’ve really been slacking off with my blogging, but this is certainly an occasion worth writing about.

Going to Africa had been a dream of mine for as long as I can remember. At least since I saw the Lion King for the first time. Travel has always been a passion of mine, one that has been slow burning in its fulfillment. When I first started college I had no idea I would go to Africa by the time I graduated. I first entertained such an idea when I transferred to my four year institution. During orientation week I found out there would be a trip to Tanzania, rather timely since I was taking African Civilization I at the time. Once the applications went live I filled one out and submitted, and to my utter shock I actually was accepted (though it turned out everyone who applied was accepted.)

The acceptance email came during Fall semester finals week, so I finished that first term on the highest possible note. During that Spring semester the other students and I attended weekly classes in order to prepare, I additionally took African Civilization II. We embarked about a month after the school year ended and were their for five weeks.

Four years. Damn. As a child the thought of traveling the world as an adult seemed like a distant dream. Hell, being an adult was a distant dream back then. Yet four years have slipped by with me hardly noticing.

I’ve been hard at work with my trees, now they are beginning to look like proper bonsai. Hard to believe that the bottom one started out a bush with no discernible trunk. Sadly those currant cuttings didn’t make it, I couldn’t get them to take root and they died. No big deal since they were free. 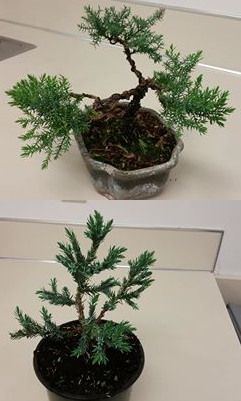 This morning begun like any other I woke up and did my daily routine of checking my Facebook. Usually my feed is filled with memes and whatever my friends have been up to. Today it was different. I opened Facebook and received rather distressing news: Anthony Bourdain, one of my heroes, is dead. Fuck that’s sad. To make matters worse, it was a suicide.

Never in a million years would I have guessed he would take his own life. For years I’ve looked up to him, I thought he had the perfect life. Traveling the world, eating great food, getting to know the people who make those places and dishes so great, and getting paid millions to do it. Now it seems just like Robin Williams he was tormented with demons others were oblivious of until it was too late.

I’ve never been one to mince my words. I don’t believe in watering shit down and neither did Bourdain. Throughout his entire career he always called it as he saw it, unlike so many other TV personalities who sugarcoat everything and omit uncomfortable truths. Some people thought he was brash, I don’t think that’s a bad thing. In many episodes he was open about his struggles with alcoholism, substance abuse, and sex addiction, knowing about this made his rise to super stardom all the more inspirational. That’s a big part of why the news is so shocking.

Watching him on TV as 14 year old who didn’t get out much provide a level of escapism I couldn’t find in many other places. I’ve always been a man of history, Bourdain was too. No matter where he went, he always delved deep into the history and never acted like he was some kind of expert. Instead he was a lifetime learner who passionately and generously shared what he learned with the world.

Yesterday if you to ask me if I could meet anyone in the world, I would have said him. Over the years I felt as if I knew him well, now it seems there was much about him nobody knew. He will be missed deeply. If you’re ever having thought about suicide remember that you will be too, reach out to a close friend or religious leader or call a suicide hotline. Here is a list of several around the world: https://en.wikipedia.org/wiki/List_of_suicide_crisis_lines

I don’t know what else to say, so here’s the theme song for his last show. Its a life affirming anthem that reminds us things will be ok:

So I guess its been fives years since I set up this blog. Damn. Doesn’t seem like all that long ago. In that amount of time I’ve finished my Bachelor’s Degree, visited two countries on two continents, tried and failed to get a Master’s, worked five jobs, and so much more. I haven’t always been diligent or vigilant in posting here, but lately I have been. Here’s to another five years!

Today marks the end of my first week working for Walmart. I’ve been working long hours and have been to exhausted to remember to update here. My days off seem to be rather random, I had today off but I didn’t post here until just now because I was busy finishing up a short story for an anthology with a deadline at midnight.

Turns out being a “stockman” doesn’t mean being the one who keeps the shelves stocked with merchandize (which I what I thought I signed up for), stockman are the ones who organize the carts in the parking lot. At first I was a little upset I didn’t get the job I wanted, but it turned out to be a pleasant surprise. Its a nice physical job and affords a lot more freedom than the one I thought I was going to get. Much easier too.

I begin work at Walmart tomorrow. My substitute teacher aide job isn’t a reliable source of income, so I’ve been looking for something more consistent for almost as long as I’ve had it. Having an irregular job is better than being unemployed, but most things are.

I was actually shocked how easily Walmart hired me. My local branch had a recruiting drive, I showed up for an interview, they asked if I’d be ok with a stocking job, I said yes and that was all. I’m in dire need of experience because many prospective employers assume that lack of paid experience = not worth an interview. All other retail places turned me down, as did jobs I actually wanted like library ones.

Now I can grow my bank account and get some quality experience for later applications.

This last weekend I went to Poulsbo for their annual Viking Festival. Poulsbo was founded by Norwegian loggers who were drawn to the Puget Sound for its logging, fishing, shipping, and shipbuilding industries. Since 1968 they have held the Viking Festival to celebrate both Norwegian Constitution Day and their more distant Norse past.

The parade was good, fairly standard as far as small town parades go but with lots of cool costumes. However the star attraction of the festival are the reenactors who dress up in authentic dark age attire and set up living exhibits. Here are some pictures from the event:

Here is the initial pruning I did on one of my trees, it’s a blue star juniper. Next month I’ll be able to put training wire on the branches, but for know I just need to keep the tree watered and fed. I managed to start a cutting on one of the branches I removed, hopefully I will be able to start on impressive pedigree. 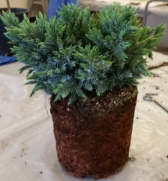 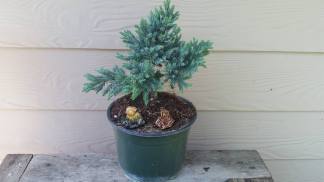 My Toastmasters meeting was yesterday and I got started on a new manual, once I finish this one I will earn the Advanced Communicator title and award. Last week was the concluding speech for my previous manual, and the consensus was that it was my best speech yet. That’s a tough act to follow. I just finished the Story Teller manual, now I’m on the Entertaining Speaker manual.

The first assignment in it (the one I did yesterday) was simply to give an “entertaining speech,” hands down the vaguest project I’ve yet completed. I thought all speeches were supposed to be entertaining. Anyway I wrote up the speech, and even though I forgot my notes I did just fine without them and was able to to improvise quite a bit. My improvisations brought a lot of laughter. Overall it was a success and club members thought it was my best delivered speech yet, though the content wasn’t as good as last week’s.